Fooditive, a Dutch plant-based ingredients company, will begin large-scale production trials of the world’s first 100 per cent bee-free honey in the New Year.

By mass-producing a bio-identical honey that eliminates the need to intensively farm honeybees, Fooditive aims to create a scalable supply.

Leveraging the same patented biotech process already used to create Fooditive’s vegan casein, which was launched last year, honey DNA is copied into a proprietary strain of yeast. When fed with nutrients and precision-fermented to replicate the metabolic processes that occur in the honeybee stomach, this yields a product with the same characteristics and functionality of bee-produced honey – from taste, colour and viscosity to its health benefits.

The production trials will recreate the lab-proven concept in 1,000-L fermenters, with samples to be made available for potential customers to try and test out in their own applications.

Fooditive founder and CEO Moayad Abushokhedim said, “Our goal is to provide the world’s first 100 per cent bee-free honey with no compromise on taste, quality or price. The process of genetic sequence modification used in our honey already has an established track record with our vegan casein. We believe our process will be the stepping stone for a revolutionary advancement in the food and biotechnology industries, enabling any animal product to be mimicked and even improved by bioengineering plant-based ingredients.”

The development of Fooditive’s bee-free honey has been driven by concerns that common apicultural management practices in commercial beekeeping can be detrimental to the welfare of farmed honeybees and wild bee species.

In almost every way, Be Sweet Honey Spread is just like honey. It looks like honey, tastes like honey and behaves like honey. Whether on a sandwich with peanut butter, in your soothing morning tea or in your baked goods, you can’t tell the difference between Be Sweet and honey — except that it is friendly to bee populations, won’t crystalize while stored in your cupboard and only costs a fraction of the golden liquid harvested from a hive.

“There is nothing else like this on the market,” says Mario Fleury, President of Be Sweet. “We always wondered why there was a table syrup as an affordable replacement for maple syrup, but nothing similar for honey. So my partner Eric Russell and I created it. Be Sweet gives consumers, restaurants and food processors a cost-effective alternative to honey that has all of the attributes of honey.”

Proudly produced in Mississauga, Be Sweet Honey Spread and Be Sweet Vegan Honey Substitute are currently front and centre in the Ontario Made program being featured at Loblaws stores across Ontario. Created by the Canadian Manufacturers & Exporters (CME), Ontario Made is supported by the government of Ontario and aims to promote and support locally-made products in the midst of the province’s economic recovery from the COVID-19 pandemic.

“Loblaws has been a great partner that has really put Be Sweet and other Ontario businesses on showcase,” says Mr. Fleury. “Through its support of the Ontario Made program, Loblaws has put the strength of one of the province’s leading retail chains behind the launch and promotion of innovative products coming from Ontario companies.”

Be Sweet was initially created to serve large food processors and food service chains as an affordable alternative to honey. But looking to fill a gap in the market, it is now available to consumers as a cost-effective option in 500-gram and one-kilogram inverted bottles.

Be Sweet fine products are available at Loblaws, Your Independent Grocer, Valu-Mart, City Market and other select fine grocers across Ontario. Be Sweet Vegan Honey Substitute is also available at various health food stores across Ontario and Quebec.

Mike Parker doesn’t sugar-coat the scale of the problem that his Beamsville beekeeping business is facing.

“It would finish us,” he said.

When he opened his hives after winter, the president and owner of Charlie-Bee Honey wasn’t expecting the scale of the bee deaths he found. But by his estimation, he’s lost around 90 per cent of his bees.

That means “millions and millions” of bees at one site alone. Out of the 8,000 hives that he manages, only 500 are viable. Roughly 7,500 of the bees were completely dead.

He fears that it could be the end of the business, one of the largest apiaries in Ontario that was set up by his father Charlie Parker in 1970.

Now, Parker and other beekeepers across Niagara are demanding action from the Canadian Food Inspection Agency (CFIA) and the Ontario Ministry of Agriculture, Food and Rural Affairs (OMAFRA).

From the CFIA, they want permits to bring in bees from the U.S. to replenish to create viable hives. From OMAFRA, they want tests to determine the cause of the bee deaths.

“If nothing’s done, there’s no recovery, as far as I can tell,” said Parker.

Belinda Sutton, spokesperson for OMAFRA, said that the ministry “continues work to support Ontario beekeepers through a number of programs, including a targeted beekeeper funding intake to support and strengthen the health of managed honey bees. »

“For example, this includes support to purchase equipment to prevent the introduction and spread of disease, sample and analyze for pests and diseases, and purchase domestically raised queens,” she explained.

In normal years, beekeepers like Parker could replenish their stocks by sourcing queen bees from across the country. But this year, he said, the devastation is so widespread that none are available.

This is backed up by analysis done by OMAFRA and the Ontario Beekeepers Association (OBA). Sutton said that while official statistics are not yet available, “early anecdotal reports indicate a number of provinces and U.S. states are expecting higher than normal managed honey bee colony loss coming out of winter.”

Read the rest of the article by Chris Pickles here

Just like pigs, cows, chickens, and other animals who are factory-farmed, bees are often treated poorly, injured, and forced to live in cramped conditions, and they must endure the stress of being transported.

When a new queen bee is about to be born, a process called “swarming” occurs, when the old queen and half the colony leave their home. They set up in a new place that worker bees have found for them to begin a new colony. Since swarming means that less honey will be produced, many beekeepers try to prevent it—often by clipping the delicate wings of the new queen or killing and replacing the older queen …

Read the rest on petakids.com 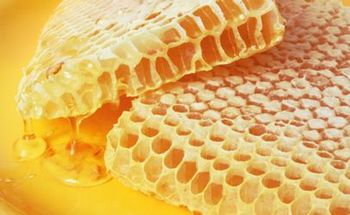 The 12th edition of Canada’s Food Price Report released Thursday predicts the average Canadian family of four will pay an extra $966 for food in 2022, for a total annual grocery bill of $14,767.

That’s a seven per cent increase compared with 2021 — the biggest jump ever predicted by the annual food price report.

“Prices have been increasing since 2010 and the pandemic accelerated that trend.”